If you haven’t heard of it, Joomla! is a very powerful and extensible CMS (Content Management System), which enables you to build Web sites and powerful online applications. It is often discussed in the same breath and compared to WordPress. Joomla! is an open source software platform that is freely available to everyone.

I spoke with George Wilson, an active contributor and a member of the Joomla! leadership team about the Joomla!  development process, the Joomla! community, and the future of CMS and web development in general. 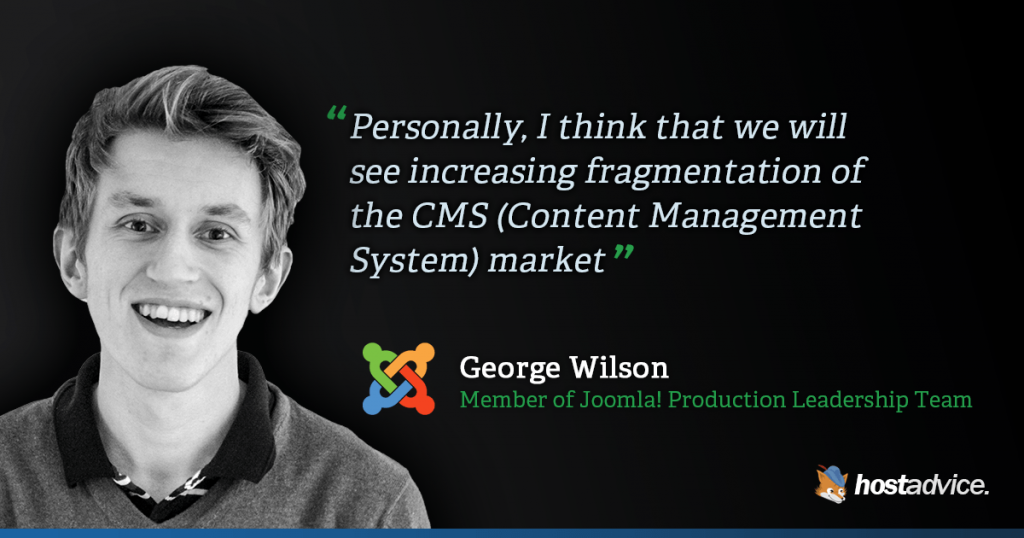 HostAdvice: When did you first get involved with Joomla?

I have now been involved with Joomla! development for 5-6 years.  I first got started with it while I was studying for my degree in programming. A close friend of mine decided to build a web site with Joomla! and I offered to help him with it.

After a few years of working with Joomla! I found myself struggling with a particular bug in the CMS and decided to dig in to try and understand what was going on.  I was able to find and fix the bug -although it took quite a while for the fix to get merged into the core product…

HostAdvice: How are you involved today?

First of all, let me say that Joomla! is completely volunteer driven – there are no paid employees.

The Joomla! product and eco-system is driven by three leadership teams:

I am currently a member of the Joomla! Production Leadership Team. 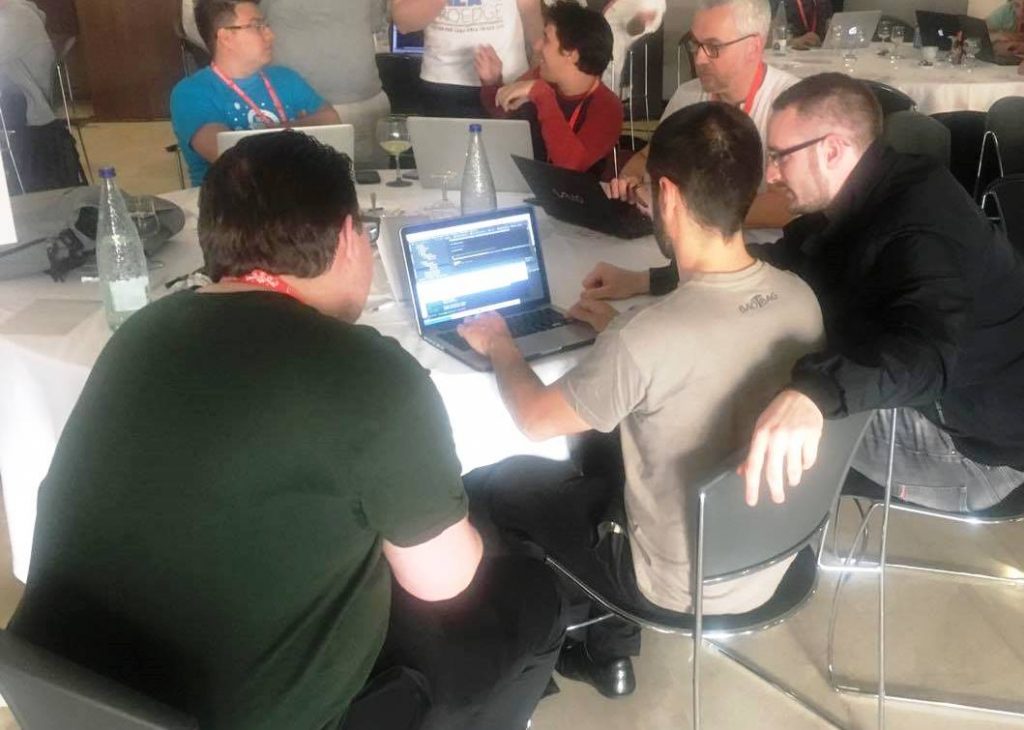 HostAdvice: Looking at your LinkedIn profile, it seems that some of your Joomla contributions were for your employer and some you offered as volunteer – is that correct?

I only had one job where I was contributing to Joomla! for my employer. In that position, I was building web sites as well as creating and providing support for some Joomla extensions. My current “day job” has nothing to do with Joomla! – I am working at a small startup that is developing facial recognition software.

HostAdvice: The Joomla community seems to be centered on joomla.org.  Tell me about the community.

Our community consists of three different types of people:

The vast majority of our community activity takes place within the forum discussions and the issue tracking system for the code base.

HostAdvice: There are also 200 Joomla User Groups worldwide, with more than half of them in Europe. How active are these user groups? Why such a large proportion in Europe?

The activity of the “live” user groups varies from country to country. The most common format is monthly local meetups and then a large annual conference or other big event.  For some reason, there is a tremendous amount of user group activity in the Netherlands.

One of the biggest strengths of Joomla! is the great multi-lingual support that is built in to the core product.  This is a probably a major contributing factor to the fact that it is so popular in Europe and other countries outside of North America. 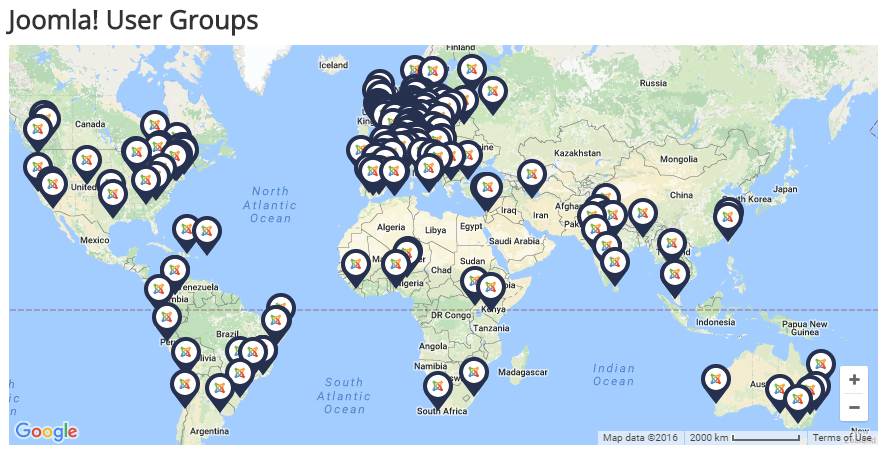 HostAdvice: Please explain to me the development process for the Joomla platform. How many developers work on each release? Where are they located?

The development plan for Joomla! releases is really a combination of top-down and bottom-up planning. The PLT (Production Leadership Team) spends a lot of time out in the field engaging with users and developers. The base product is purposely designed to be particularly lean, so we spend a lot of time talking to extension developers as well. We then set a roadmap of features that we would like to see developed.  But it ultimately depends on what people want to develop and contribute.

The role of the PLT is to support the development efforts. That means that we work to get people involved, help to form teams, and manage the code and contributions. We can offer some financial support for expenses, but no one is paid by us for their coding.  We will sometimes bring together a team for a long weekend and help cover the expenses of flights, hotels, and food.

Most of the Joomla! developers are located in the US and in Europe, although there are also a decent number of developers in India and Vietnam. In any given year, there are probably 100+ code contributors to Joomla! 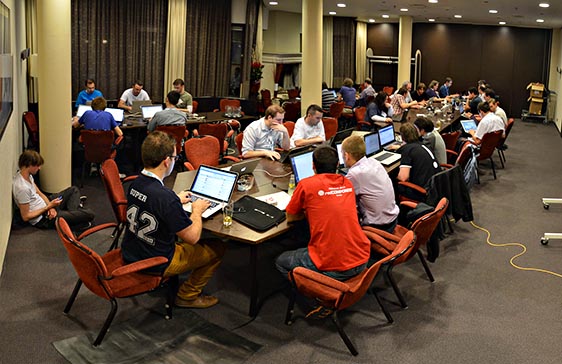 HostAdvice: How would you compare and contrast Joomla and WordPress?

I think that although WordPress has certainly evolved over the years, it still suffers from its roots as a blogging platform. Joomla! is better suited for larger web site development and has a larger range of platform extensions. Perhaps because of its need to scale for larger sites, the Joomla! codebase is of higher quality. By the way, not everyone realizes that Joomla! actually predates WordPress.

HostAdvice: There is free Joomla hosting available on joomla.com.  How many sites are currently hosted there?  What are the limitations?

This is a relatively new initiative, but we felt that it was important to offer an option that lowers the barrier of entry to the world of Joomla! As you might expect, its main limitation is in terms of the extensions that you can incorporate in your hosted site.

HostAdvice: How do you see the CMS and web development markets evolving in the coming years?

Web services are becoming increasingly important, as it becomes possible – or perhaps necessary – to integrate everything with everything.  We recognize that we have a lot of work to do in this area, such as adding a REST API for Joomla!  We are aware of this and are actively working on it.

Personally, I think that we will see increasing fragmentation of the CMS market.  Today, it is very easy to build a new CMS and we therefore see many new and intriguing systems out there. Of course, the big three (Joomla!, WordPress, and Drupal) will continue to dominate the market for quite a while, but I think that we will see their market shares begin to decrease.

HostAdvice: The last major release of Joomla! was version 3.6.  Was that a significant release?

Yes it was.  Version 3.5 had a very long development time, because there were certain features that had to be fixed. As a result, there was a large backlog of features and enhancements to be incorporated into version 3.6.

The development of version 3.6 went very smoothly.  It incorporates some major improvements to the update system that users have wanted for a long time.  There weren’t really any very big new features – just a lot of nice little things and end-user features.  Things like better work flow and other user experience improvements.  The feeling is that version 3.6 came out very polished and the response from the community has been very positive.

HostAdvice: What are the future development plans for Joomla?

We nominally have 3-4 major releases per year, although it really depends on what is ready.

We are currently working on version 3.7.  The major improvements planned for this release include:

In the longer term, we are starting to plan Joomla! 4.0. We do not yet have a target release date, but it should be sometime next year (2017).  One of our major challenges is that there are a lot of small, but important, features that users want, but which we cannot add in a fully backwards compatible fashion.  Our goal is to minimize the impact of these changes and to provide a relatively straight forward migration path.

HostAdvice: How many hours a day do you normally work?  What do you like to do when you are not working?

I normally work between 40-50 hours a week, depending on what is needed and what is going on. I am one of those people who likes to put in a lot of time and effort into things that I enjoy. Some people would call me a workaholic.

When I am not working, I am on joomla.org.

Besides that, I also love to read a lot and I still enjoy playing video games.  For my outdoors activities, I like to go on long walks and to do gardening.

Actually, there is.  I’d like to end with a call for people to get involved in the Joomla! community. We are always looking to get new people involved and it isn’t just with coding. For example, you could get involved at the community level.  If you are interested, I can find you a place to get involved and contribute, where it will be fun and enjoyable for you.