MySQL is the most commonly used and popular open-source RDBMS (Relational Database Management System) which is developed and incorporated by Oracle corporation. Most of the server scripts and websites use the MySQL database at the backend of their applications. MySQL database written in C/C++ and tested on various compilers. The latest MySQL version 8.0, that is available for installation in the default CentOS 8 dnf repository. However, we do not need to add any external repository on CentOS 8 for installing the MySQL database.

MySQL 8.0 launched with a bundle of new features that enhance the web application’s performance.  While working as a back-end developer or as a web developer, you must know all the features of SQL that you can easily learn using official MYSQL documentation. It is important to note that some applications are not compatible with most of the new MySQL features and changes. So, before installing any SQL version, you must consult the application documentation which you are deploying on CentOS 8 server.

In this article, we are going to explain how to install MySQL on CentOS 8 server using the command line environment.

The command-line application ‘Terminal’ needed to run all commands. Therefore, launch the terminal from the left sidebar of your CentOS 8 desktop as follows: 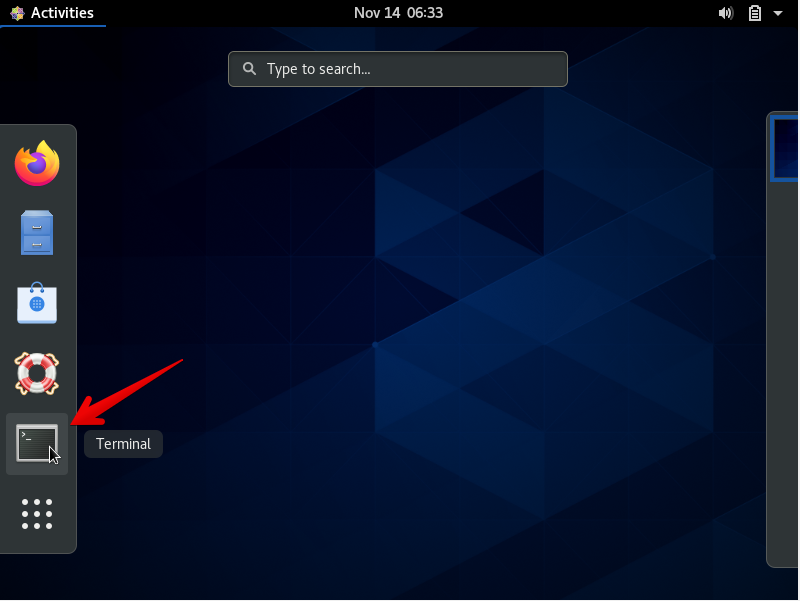 Execute the following command on your system to log in as root:

By implementing the following steps, you can easily install the MySQL database on your CentOS 8 system:

It is recommended or a best practice to update the system packages index before installing any new application. Therefore, use the following command to update the dnf CentOS 8 repository:

The above command will automatically install the recommended packages updates on your system. 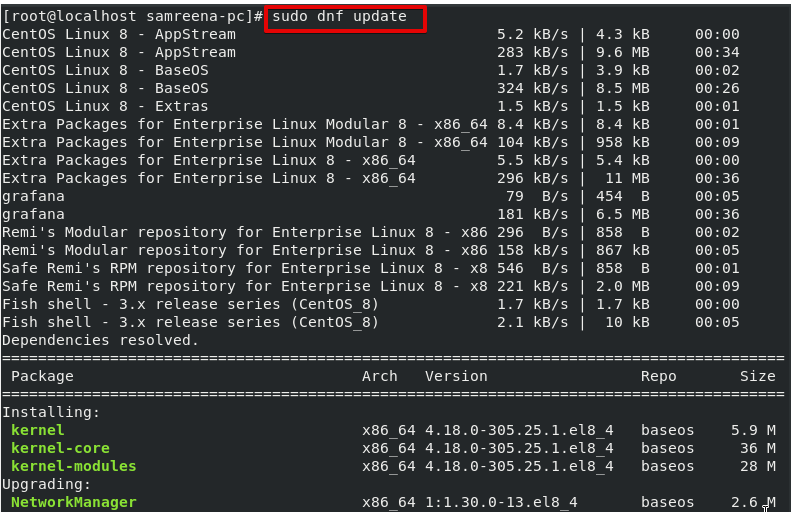 We have mentioned earlier, the MySQL database software is available for installation in the default dnf CentOS 8 repository. So, type the following command to install MySQL 8 using the dnf package manager: 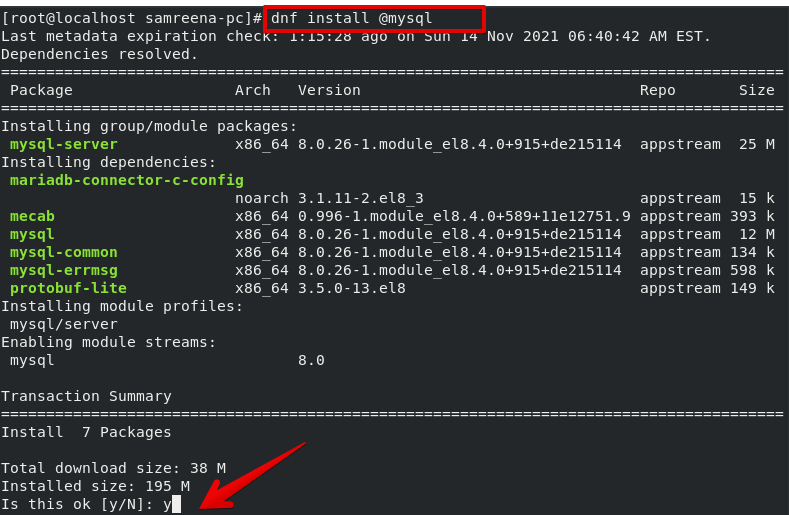 Type ‘y’ and then press ‘Enter’ to proceed with the installation process. The above command will also install all supportive MySQL packages on your system.

To verify the MySQL installation, check the installed version by using the following command:

Without enabling the MySQL service, you can’t use the MySQL database. So, start and enable the ‘mysqld.service’ by using the following command:

Once the mysqld.service is enabled. Check the running active status of the MySQL service by executing the following command:

The following ‘running and active’ status should display on the screen:

It is not mandatory to use ‘.service’ after every service. You can only run the following command by verifying the running status of the MySQL service:

To make more secure MySQL configurations, MySQL comes with a security installation script. So, run this script on your system by running the following command:

The following security configuration for the MySQL database will start on your system.

Set the root user password for the MySQL database.

In the next prompt, you will remove the anonymous users. 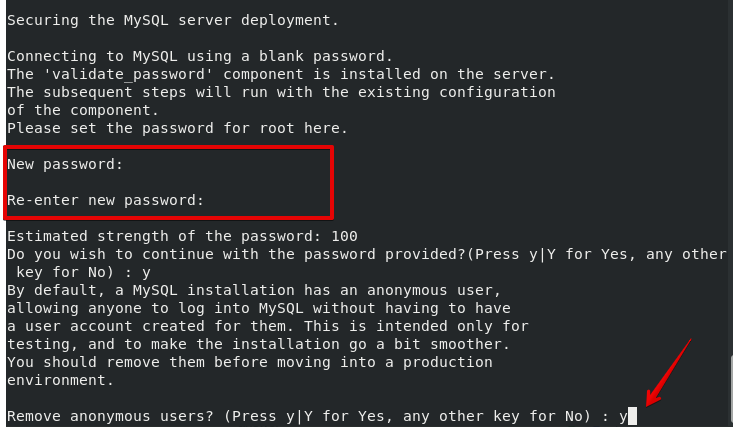 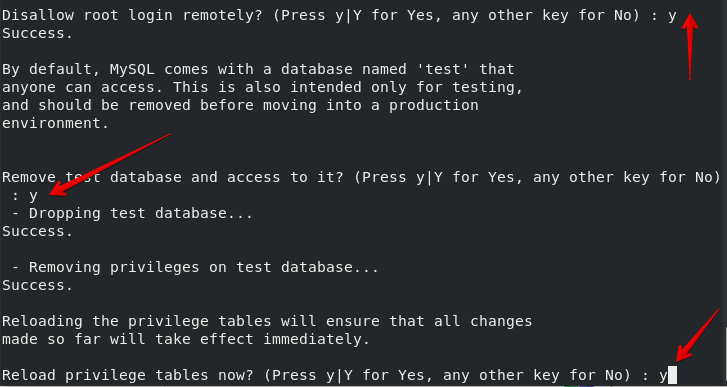 Once the Validate Password plugin is configured, you can now login as a root user to the MySQL database by running the following command:

Enter the password that you have recently set for the root user. After that, the following MySQL shell view displays on the terminal:

Create a new test_database by using the CREATE DATABASE command as follows:

List all MySQL databases to verify that ‘test_database’ is created successfully.

We have created a new user named ‘Samreena’ and also assigned a password.

Exit from a MySQL shell

Type exit to close the MySQL shell environment as follows:

The above command will close the MySQL command-line shell and move you back again to the normal shell.