A few words from Cyclone Hosting

All servers are secured and are blazing fast in our 100gig ethernet infrastructure. We DDOS protect all our servers.

Host unlimited domains in your reseller account using web host manager (WHM), each having it's own cpanel account. After signing up, you will instantly be sent a welcome email with your login details and WHM instructions. Hosting will be on Linux Based Servers and your account will be setup and active Instantly. Your WHM will be setup within an hour. 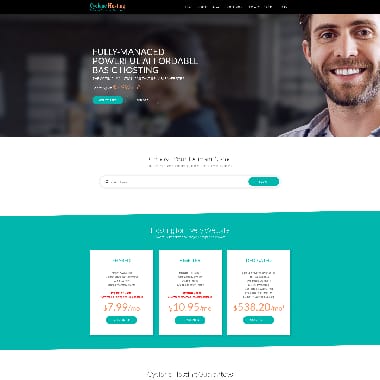 Older hosting company with some issues

Cyclone Hosting has been open since 2004.  They seem to be focused on shared hosting services, which is fine.  Even though some areas of their site say they only offer shared, however, they do have a section that is selling dedicated hosting, so this is somewhat confusing.

Another issue I have had with this site is that it has been down a lot lately.  While trying to write up this review the page has come up ‘out of service’ multiple times over the course of several weeks.  This is obviously a major concern since if they can’t keep their own site up, how are they going to do for yours.  In addition, their site looks very outdated.

They claim good reliability, but their site has been down

Cyclone Hosting claims to have great reliable services, but they are down quite often and even when they are up, they tend to load slowly. This is a major concern for me, and one of the reasons why I would not opt for this hosting company.

This company offers you only the standard features for hosting services.  They have both Plesk and cPanel for the control panel, which is pretty nice.  Beyond that, however, there is no really much to say about their services.  They have several packages for shared hosting, and then some nice dedicated servers, but nothing that really causes them to stand out from the crowd.

Plenty of options for support

They allow you to contact their tech support team 24/7 using their phone or ticket support, which is nice.  They claim to respond quickly too, though I haven’t been able to confirm that.  Overall, their support doesn’t look too bad, though you have to question the quality if they can’t even keep their own page up.

The prices seem to be about in line with the rest of the industry for what they are offering.  If you pay annually, you can get some nice deals, but still not much better than what everyone else is offering.  They do charge a setup fee for dedicated hosting, which is unfortunate.  Most companies have been eliminating that fee sine it is so simple to set up new servers now days.

Not a great option for hosting

Even if you can ignore the fact that they have a lot of downtime, their overall site looks out of date and they don’t really have anything special that sets them apart.  For these reasons, and others, I would not recommend them as a hosting company.