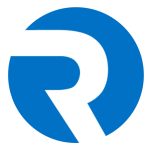 A few words from Amity Infotech

We are a one-stop-shop fro all web hosting needs.

Our strong focus on support ensure that we are available when our customers needs us most.

Our reliable servers ensures that the services are up and running all the time. 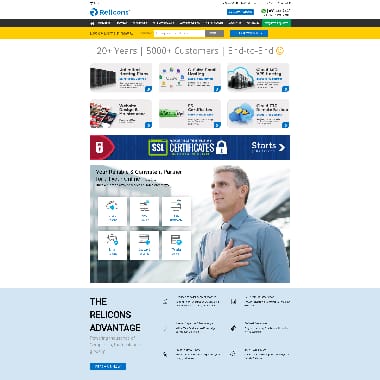 Happy with the service

AmityInfoTech has been in business since 2002 offering some of the highest quality, most experienced, and overall most satisfactory hosting experiences in India. While a majority of their customers are in Europe and Asia, they have done business with major organizations such as Yahoo! and IBM, speaking to their reputation in tech field.

They have a slew of guarantees to back up their claim of reliability. This includes a 30-day money back guarantee for all hosting plans (including all of the reseller accounts) as well as a 99.99% uptime guarantee. Their wide range of clients, both in the Eastern and Western hemispheres, speaks to the level of respect that they have, considering there are many competitors for many of these organizations to choose.

They have everything for everyone. Whether you need a small, standard package or an unlimited one, and whether you need Linux or Windows .ASP, they have it for an incredibly affordable price. Their low-end plans carry as little as 50MB of disk space and only 500mb of bandwidth per month, but you can go to their medium-level plans, which have 1-5GB of disk space and 10gb or more of bandwidth, as well as add-on domains and more features that the low plans don’t have. Then they have great unlimited plans, allowing you to host 1, 3, or unlimited websites on the account while giving you a free domain name (1 year purchase minimum).

If you’re looking for Windows web hosting, they have similar small plans (50-500mb disk/500mb-5gb data transfer), all with a maximum of 1 domain, as well as larger plans (1-5GB disk, 10-50GB bandwidth), as well as the unlimited plan. If you happen to be in the reseller arena, you can also get the Windows reseller plans with Amity. They have many reseller plans to fit many budgets, and all contain unlimited Plesk accounts and a minimum of 200GB bandwidth. The same is also true for all of their Linux (cPanel) reseller hosting plans.

I like that they also have a social media presence, and even though they don’t have millions of likes, they are active on it and keep in touch with their customers. They have a phone number that’s available not just for sales, but also for support and general questions, as well as a mobile number for one of the top employees at Amity, which you can call outside of business hours! That type of service is unprecedented in a web host and goes to show why they’ve grown so much more than other companies. If you’re in the region, you can even go to their headquarters in Karnataka, India.

Basic Linux shared hosting packages cost only INR499/year (which is $8 USD), very cheap though the plan itself doesn’t have much. The other three plans in the basic category cost between $11 and $21 per year, still cheaper than 2 bucks per month even for the highest basic plan. The three larger Linux plans run from $29 to $49 yearly, which is still $4 monthly at the highest end. As for the unlimited Linux plans, they cost $4.20 to $7.30 monthly, which even when compared to major US companies is extremely competitive.

If you’re wondering about the Windows plans, they all run for roughly the same amount for what is also roughly similar specs. As for the reseller plans, for both Windows Plesk and cPanel plans, they cost $13 to $70USD per month, which in itself is a little more expensive, especially considering some of the limitations that they have.

Known as one of India’s most reliable web hosts, I actually recommend them to customers that are American (and from other countries). Their prices are on par with any big company including Hostgator and others, even for the major unlimited plans, and even cheaper in some respects, while they also have many low-end plans for those looking for a smaller package. The only thing I don’t like about them is the price of the their reseller accounts, but any of their packages are worth it. Most reviews on the Internet and social media have also approved of their customer service and overall recommend Amity.