The hard disk drive (HDD) acted as the default computer storage options for decades, but around 2009 there was a new question on everyone’s lips: what is SSD storage? The development of the solid-state drive (SSD) has provided computer owners with a new conundrum about how to store their files, with the debate about the merits of SSD and HDD migrating into the world of web hosting in recent years. 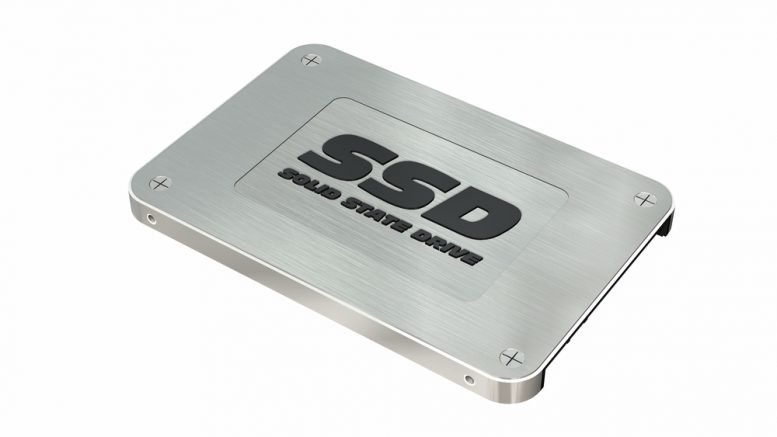 The difference between SSD and HDD

HDDs are traditionally associated with desktop computers. An HDD is a mechanical device that contains a spinning disc as the basis for its data reading system. When that disc spins the PC is able to access and work with its data, with a faster spin, in turn, helping the computer to work faster. While HDDs are capable of storing vast quantities of data, their reliance on fiddly mechanisms makes them prone to problems.

The biggest physical difference between SSD and HDD is that SSDs contain no moving parts, which means you don’t have to be concerned with overheating or loud whirring noises. You’re more likely to find an SSD in laptops, with the technology utilizing NAND flash memory for its storage. Adding more NAND memory chips to the SSD boosts the storage capacity, with the best SSD for storage consisting of multiple chips to provide an overall capacity that can rival HDDs.

The biggest technical difference between SSD and HDD is the disk read speed. While an HDD at the faster end of the spectrum might be able to read data at a rate of 125MBps (megabytes per second), a standard SSD should be capable of performing sequential data reads at speeds greater than 500MBps. That’s a significant upgrade in disk read speed that has caused many users to reach for an SSD card, as you can really notice the benefit of having an SSD in laptops during everyday use.

The difference becomes even more notable when using an NVMe SSD, the technology which grants the MacBook Pro its lightning loading speeds. An NVMe SSD reads data four times faster than a standard SATA SSD card and seeks data ten times quicker. If the race between SSD and HDD was akin to a race between a cheetah and an elephant, the NVMe SSD is the introduction of a cheetah with rocket boots.

What is SSD storage’s impact on web hosting?

A growing number of web hosting companies have transferred their data centers from HDD to SSD, primarily because of the aforementioned qualities of improved reliability and greater disk reading speeds. Does a company risk being left behind if it doesn’t convert to the best SSD hosting strategies? Let’s break down the difference between SSD and HDD in a web hosting context to explore how the creation of the SSD drive has changed the game.

The improved disk read speed of an SSD enables users to access their data much quicker on a daily basis, and that rapidity pays dividends in the field of web hosting. SSDs can read data over four times quicker than HDDs, or much more than that in the case of NVMe SSDs, so a website owner with a plan based on HDD technology may find that their site visitors end up hopping over to a competitor with SSD hardware.

There’s never a good time for your HDD to fail, considering the preciousness of the data it may contain, but web hosting companies can ill afford avoidable malfunctions given the nature of their service. What is SSD storage’s advantage in terms of durability? While HDDs are generally dependable for 3-5 years, SSDs could potentially operate reliably for a period around four times longer. It’s unwise to push SSD and HDD to their breaking points, but SSD will provide peace of mind for longer.

SSDs are more efficient in their generation of power, which enables web hosting companies to cut down on overheads. Whether idle or working, HDDs are consuming power more hungrily than SSDs. During times of inactivity, an HDD may require a power input 15 times greater than an SSD, and 7 times greater when performing tasks. By switching to SSDs, web hosting companies can reduce their expenses and subsequently provide more attractive pricing structures for clients – again, a company stuck asking ‘what is SSD storage?’ may find themselves left behind by web hosts that have embraced the modern tech.

That reduced power consumption also gives SSD an advantage over HDD in terms of eco-friendliness. It is vital for web hosting companies to consider their impact on the environment, with clients more likely to appreciate a brand that shows an appreciation for protecting the world’s resources. By migrating to the best SSD for storage, web hosting companies will lessen their carbon footprint and become a champion for greener practices.

The biggest drawback to SSD drives

If you started reading this page with the question ‘what is SSD storage?’ in your mind, then at this point you’re probably wondering where the magical technology of SSD drives has been all your life. With more speed, more reliability, and lower power consumption than HDD, is there any conceivable reason to avoid the best SSD hosting? Here’s where we focus on the biggest drawback to SSD drives: the cost.

While you may be able to cut running costs by saving power in the longer term, web hosting companies will have to fork out a premium price to migrate to SSD. While a web hosting company may consider the advantages of what SSD is used for as worthy of the financial outlay, it is definitely worth weighing up HDD as a viable cost-friendly alternative. Before SSD and NVMe SSD, the world relied on HDD and web hosting companies were still able to thrive.

Websites that predominantly consist of static HTML pages shouldn’t place too much of a strain on the server, so the difference between SSD and HDD may be negligible. Small blogs with just a few thousand daily visitors may find a combination of page caching and HDD storage meets their needs, while a company that prioritizes extensive file archives over download speeds might find that the skills of SSD drives are superfluous.

There’s no denying that SSDs have several benefits, whether you’re simply looking for the best SSD for photo storage or a more substantial business solution. In terms of speed, durability, and power consumption, there’s a big difference between SSD and HDD hard drives. The question that web hosting companies have to answer is if the biggest drawback to SSD drives, the cost, can be justified. If speed and reliability are the most important qualities for a web hosting company, then the answer may be yes.

Want info about best web hosting? Clicking this link can be of great help.