A new SATA SSD from Micron has been unveiled, but it differs because it is the first to use the company’s 176-layer NAND technology. The news comes just after the US semiconductor giant unveiled a 1.5TB microSD card, the largest of its kind and featuring the same technology. 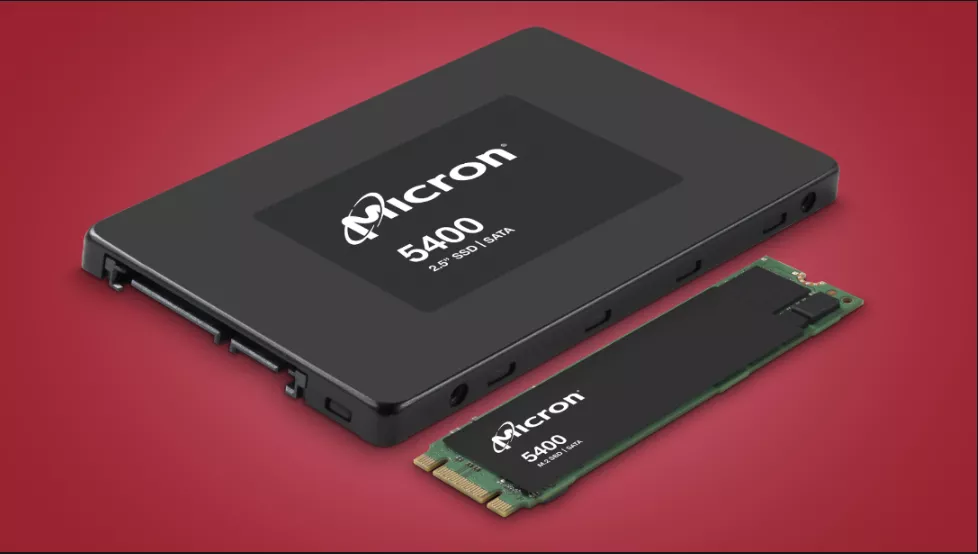 The Micron 5400 is the immediate replacement for the 96-layer NAND-using Micron 5300, which was introduced in October 2019. Since the 5400 keeps the same type of problem, connection, capacity, and efficiency as the 5300, it may be considered more of an evolution of the 5300.

Each has the same sequential learn rate (540MBps), MTTF (mean time to failure), which Micron claims are three million and is fifty percent more than the industry average, and a five-year warranty.

The Micron 5400 comes in capacities ranging from 240GB to 7.68TB and has an M.2 or 2.5-inch architecture with a SATA connector. The company has yet to specify how expensive (or inexpensive) the new SSD may be.

Although the Micron 5400 is a sure-fire replacement, it doesn’t really add anything to the table other than, perhaps, allowing Micron to increase its profit margins due to a significantly lower material cost. Like its predecessor, the 5400’s obvious target is older 2.5-inch hard disk drives, which are very common in data centers and have a high rotational speed and a high OPEX (due to failure or energy consumption/dissipation).

There are three models of the drive: Boot, Professional, and Max. Compared to the Professional SKUs, which are more targeted toward read-intensive circumstances, the latter is intended for mixed-use and offers a significantly higher endurance (drive writes per day). The durability of the 5400 Max SSD is up to 3.33 times greater.

Although storage capacity and efficiency have significantly improved over the past three years, it shouldn’t be surprising that the 5400 closely follows the 5300. SATA is still widely used in a significant fraction of data centers, and by exploiting the established know-how, businesses may extend the life of SATA systems and accelerate CAPEX amortization.

5.0 431 reviews
4.8 139 reviews
4.8 355 reviews
HostAdvice.com provides professional web hosting reviews fully independent of any other entity. Our reviews are unbiased, honest, and apply the same evaluation standards to all those reviewed. While monetary compensation is received from a few of the companies listed on this site, compensation of services and products have no influence on the direction or conclusions of our reviews. Nor does the compensation influence our rankings for certain host companies. This compensation covers account purchasing costs, testing costs and royalties paid to reviewers.