The Bulgarian web-hosting company known as SiteGround has stopped signing up new clients in Kenya due to the fact that it has high compliance costs.

The main reason for this decision are the costly tax-related rules, as its shutting the door on start-ups looking to set up online services on a low budget as a whole.

SiteGround replied to a Kenyan web designer, who had sought to sign up an account for a client with the following message: Due to new local regulations (mostly tax-related), we have recently stopped offering new sign-ups for a number of countries and Kenya is one of them. Complying with said regulations would be expensive for us, making offering our product there not feasible for us. 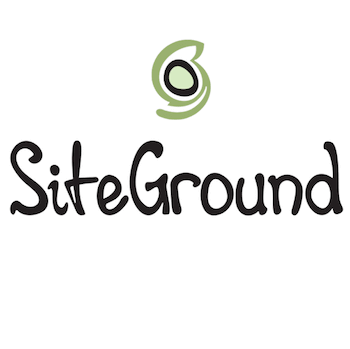 The decision is linked to the introduction of Digital Service Tax at the rate of 1.5% of the value of goods or services which are supplied as well as sold online from January the 2nd.

The Sofia-based firm, which has data hubs in the US, the UK, Germany, The Netherlands, Singapore, and Australia, offers free to low-cost hosting services including domain listing, enterprise solutions, and even email hosting.

.@SiteGround says it won’t offer services in Kenya. Thanks to taxes. pic.twitter.com/2XleRdaqGp

Dennis Macharia, who is a web designer at Rynode Solutions Ltd. Said that SiteGround’s hosting for websites such as WordPress as well as Joomla is popular with the Kenyan micro-enterprises due to the faster customer support as well as strong uptime when compared to many of the competitors.

Macharia had the following to say: It’s a big loss for micro-enterprises wanting to set up online. SiteGround is one of the best worldwide, and whenever I have issues with client’s accounts, they respond fast while other platforms do not even offer customer support.

The Kenya Revenue Authority or KRA is targeting around 1.000 business which is deriving or acquiring income from Kenya through digital marketplaces t register in six months through June of 2021, which is targeting Sh5 billion.

Kamotho Njenga, which serves the role of the secretary-general for the ICT Association of Kenya had the following to say: The way the taxes have been structured lately, the likely effect is that they will lower the eventual tax throughput to the KRA.

Many other countries that have enforced or are planning to implement digital service taxes include France, Italy, The UK, Mexico, Hungary, India, Austria, Czech Republic, Spain, Belgium, and Turkey.

That being said, the effects of Kenya’s newly adopted digital tax that commenced in January of 2021 is already being felt, with companies such as Facebook, Google, and Uber who have already reviewed their prices upwards as the Kenya Revenue Authority or KRA makes good of its plans to tax all of the online businesses.

5.0 370 reviews
4.9 109 reviews
4.8 138 reviews
HostAdvice.com provides professional web hosting reviews fully independent of any other entity. Our reviews are unbiased, honest, and apply the same evaluation standards to all those reviewed. While monetary compensation is received from a few of the companies listed on this site, compensation of services and products have no influence on the direction or conclusions of our reviews. Nor does the compensation influence our rankings for certain host companies. This compensation covers account purchasing costs, testing costs and royalties paid to reviewers.