When building a website, similar components are required, and you do not have to reinvent the wheel every time you build a new website. Django is the tool you require for this.

In this article, various methods of installing Django on Ubuntu 22.04 LTS are covered.

Django is a free open source program written in python. It allows the use of less code and eases the creation of complex websites. It helps developers to avoid some common security mistakes such as SQL Injection. Due to its speed, scalability, and security, it has quickly risen to be one of the best tools in its field. So that being said, we are going to install Django on an Ubuntu using a few methods.

We can install Django by:

Git install– This method is suitable if you wish to install the latest development version. You usually have to go to the git repo to get the latest features.

Update your local packages with the apt command: 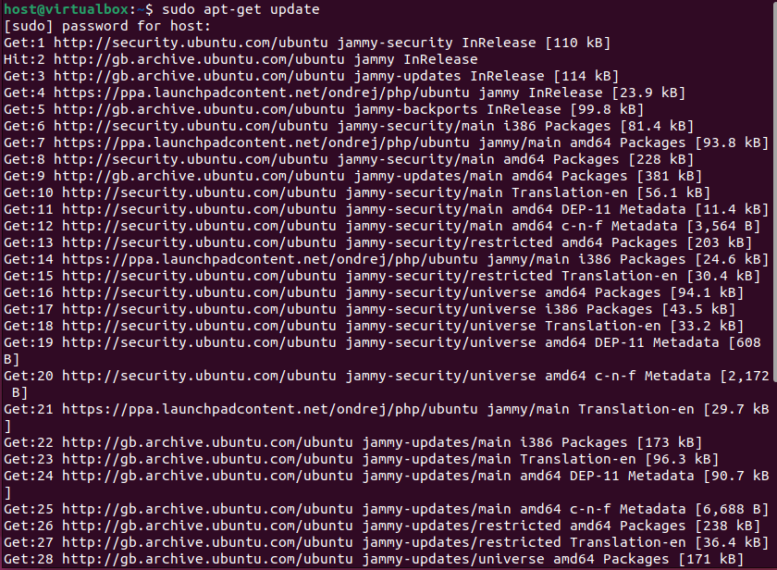 Check the installed Python version by using this command:

Select which version of python you would like to use in the installation, for Python 2;

That is it; it will take time to install all required packages on your system. 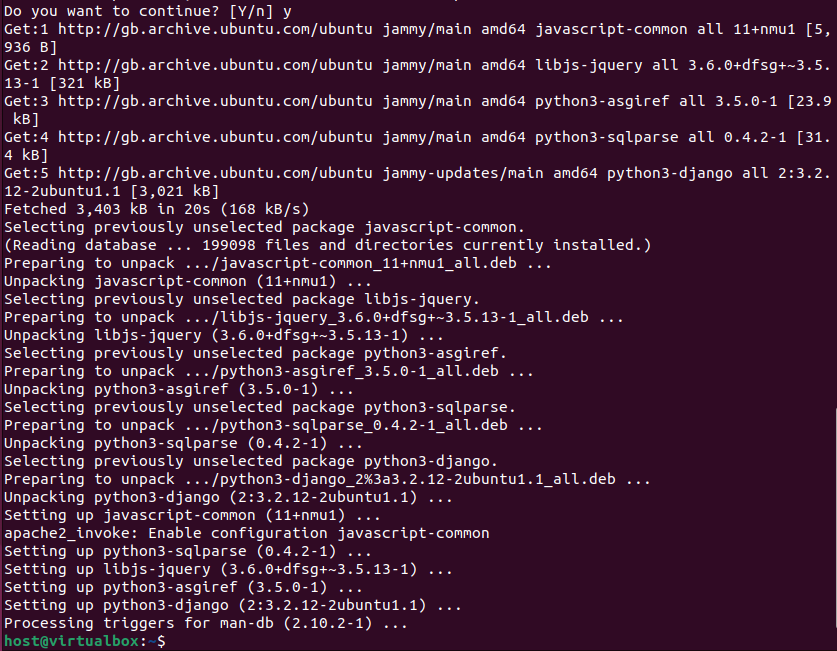 After completing the dijango installation, you can check whether it has been installed successfully or not by using the following command:

If successful, the following result is displayed;

The previous method does not install the latest version of Django, but by using pip, you get the newest version.

Then install pip. For the python 2 users; 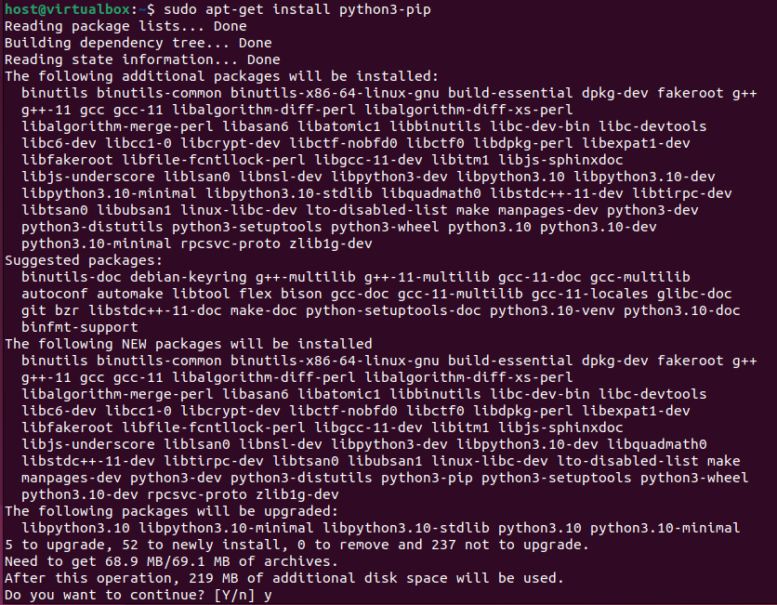 Next, install Django. For python 2 users;

For python 3 use the pip3 command;

Django is installed. To verify it type:

The result will be:

Installing through pip in a virtual environment

Just like the rest of the installations, we start by refreshing our local package index.

Then we install pip. For python 2;

Next, we use the virtualenv package, for Python 2;

Create a virtual environment inside that project by typing;

Note: testhostA is just what we choose to call our environment, you can name it however you want.

This will install a version of python and pip into a directory within the project directory. Now to install packages inside the virtual environment you must activate it, so type the following command:

Your command line changes to show that you are now operating within the isolated environment.

Next, install Django by running the following code regardless of the python version you are running.

Finally, verify your installation by running;

If successful, your output should be:

When you wish to resume work on your project, reactivate your virtual environment.

This method installs the development version of Django you have to download and install Django from its git repository.

Start by refreshing the package index;

Next, install git. For python 2; 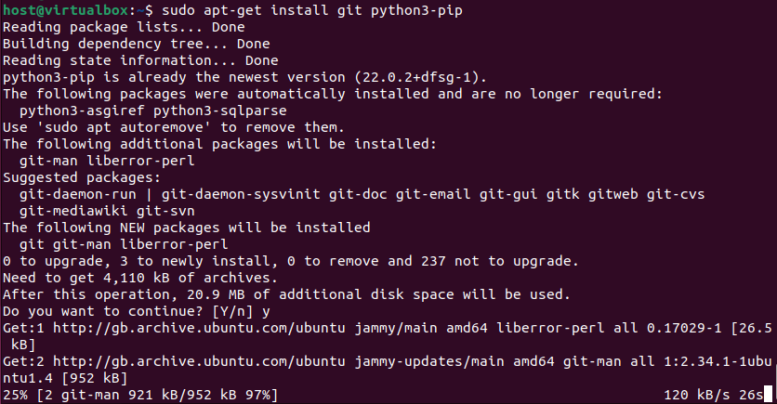 Then you can clone the Django repository;

Now install the cloned repository using pip. We are using the –e option to install in editable mode.

After running the above command, the following lines should display on the terminal:

The output should be;

Now that we have gone through all possible installation techniques, it is up to you to choose the one that’s most suitable for your needs. From getting the latest beta features to getting the most recent stable releases, Django has got your back. We hope you enjoy installing it as we did.