A few words from Coolhousing Datacenter

The Coolhousing Datacenter operates its own telehouse with three server rooms in the center of Prague. Our server rooms are cooled via a system of cold and hot aisles by several independent air condition units in the N+1 configuration. We cover power grid outages through the central UPS and diesel aggregates. Our network is build in Juniper and Cisco technology. We are directly...Read More connected in to NIX, FENIX, SIX and NIX.sk internet exchange points. Connectivity is fully geographically backuped. Our services includes colocation, rent of virtual, dedicated and managed servers and many more.

The Coolhousing datacenter network can be called a multivendor solution - a combination of Juniper and Cisco brand technologies. The datacentre infrastructure combines the best features from the "Spine & Leaf" and "STP" topologies. The "Spine & Leaf" topology is characterised by high speed, predictability, scalability, and efficient communication. All the network routes that are used by the Coolhousing datacentre topology are configured in an active state using the Equal-Cost Multipathing (ECMP) method. This configuration allows using all the connections at the same time, while the network remains stable and loop-free. Thanks to such adjustment, the datacentre infrastructure is fully redundant and operated in a high-availability (HA) mode. In addition, the presence of the Spanning Tree Protocol (STP), which is also part of the datacentre network, makes it possible to immediately reroute the traffic over another route in the event of a major failure or breakdown of multiple active elements of the network.

In January 2015, Coolhousing won the statute of a "trusted provider" when it joined the Secure Network Project, together with other major players FENIX. The FENIX Project originated at the Czech peering node NIX.CZ in 2013 as a response to intensive DoS attacks which targeted major Czech media, banks and mobile operators in March of that year. With Coolhousing, you can join the Czech internet elite, too.Less 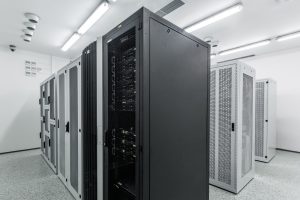 There are currently no reviews for Coolhousing Datacenter in English, if you have any experience with their services, please be the first to write a review in English