In this modern era where technology moves the world, it is crucial for anyone, businesses, and individuals alike to stay on top of things. Technology becomes old and outdated in the blink of an eye, and before you know it, you’re using tech that can potentially harm your business.

Outdated software and hardware can be highly damaging. So, companies are always racing to be the first ones to introduce something new and have constant updates to their services.

One of those companies is Microsoft, which is considered the front-runner of its industry. Microsoft Server is continuously updating its services, introducing new features, and having new releases. One of those new releases is the latest Windows Server 2022, the main character of today’s article.

Today’s article will delve into what this new Windows Server has to offer, the new upgrades and features, and compare it to the 2019 Windows Server.

First, however, let’s take an overlook of Windows Server.

A Little About Windows Server

The new Windows Server 2022 is the most secure, reliable, and Azure-friendly server that Microsoft has released in the last two decades. It is built using the best security parameters as a direct response to the ever-increasing security threats and cyberattacks that are happening every day.

Also, Windows Server 2022 will assist businesses of all sizes to secure their workloads, enable hybrid cloud integration, and update their applications to suit today’s IT demands. So, the new Windows Server is quite promising for new security features, which will be listed below in this article.

Microsoft announced the release of three primary Windows Server 2022 editions: Essential, Standard, and Data Center, with a fourth edition – the Azure Datacenter edition – being released later. So, let’s check what each of these versions has to offer.

As the name itself alludes, the Standard is the basic version of the Windows Server 2022. This version has a single license that only works with two virtual machines and one Hyper-V host. There is a Replica Storage option that is available with one partnership and one resource group that has a two TB capacity. Hot patching, software-defined networking, storage, and other similar features are not accessible with the Standard version.

The Essential edition is designed for smaller businesses that work with 25 users max and up to 50 devices. It does not feature a dashboard, client backup, all-around access, and such features. It supports processors with a maximum of 10 cores.

The Data Centar version has more advanced features like protected VMs, which are not featured in the Standard version. This feature secures the virtual machine’s (VM) firmware and startup data and enables BitLocker disk encryption.

This version is designed for the Azure platform that Microsoft offers. It has quite a few incredible options not available with the other versions. For instance, with this version, you can get the  Server Message Block through QUIC, which gives access to shared files without the need for a VPN over the network, and Hot Patch functionality, which allows you to deploy updates without restarting the server.

Now, onto the most updated category of the Windows Server 2022-security. Microsoft has proved in the past that it takes security very seriously. Windows Server 2019, for example, featured Advanced Threat Protection, often known as ATP, which helps safeguard you by employing machine learning algorithms to detect harmful behavior before it can cause any harm.

However, as cybercrime rises each year, Microsoft realized the need for more advanced protection and security features, which is why the new Windows Server 2022 has numerous security upgrades. The four major features that the 2022 Server has that 2019 doesn’t are the following:

These are just a few of the numerous new security features and upgrades that Windows Server 2022 comes with, so bear in mind that there are many more. An improvement that is also worth singling out is the secure DNS support with DNS-over-HTTPS, Server Message Block AES-256 and SMB East-West encryption, SMB over QUIC, HTTPS, and TLS 1.3, Azure Arc, and Azure Automanage.

A Better Network And Connectivity

When it comes to connectivity, Windows Server 2022 has the upgraded and newest version of the internet protocol TLS (Transport Layer Security), which is used to create and maintain a more secure connection between two nodes. Moreover, name resolution is separated with encrypted DNS queries.

Network communication has been upgraded as well, with Microsoft upgrading the two main protocols, or the User Datagram Protocol (UDP) and Transmission Control Protocol (TCP). Let’s see the network upgrades in a little more detail.

Microsoft also enhanced the virtual switch, which improves performance on network traffic from external hosts and from a virtual NIC to another virtual NIC on the same host.

The QUIC feature on Windows Server 2022 is a plus for IT experts, as it makes copying files remotely more manageable with no need for a VPN over an advanced SMB (Message Block Server).

Store Your Data In A Cloud

Cloud management and storage grow in popularity and necessity as remote work becomes more and more common. So, it is not a surprise that Microsoft aims to improve this area make it better than it was on the Windows Server 2019.

Many updates and improvements have been made to the new Windows Server 2022. One of the more significant changes was the introduction of hybrid clouds with FOD, which includes on-demand app compatibility.

Another change made is the much easier transition into the cloud. Windows Server 2022 makes it easy for businesses to enter the cloud due to its hybrid abilities. It’s a seamless transition between managing everything on-premise and accessing it via remote data centers or cloud-based services like Azure workloads.

The cloud is updated regularly to improve efficiency while lowering expenses. Instead of depending on slow local servers, businesses are increasingly adopting cloud storage services. Therefore Microsoft upgraded the overall experience for the new Windows Server 2022.

Other updates, features, and improvements to storage have also been made to Windows Server 2022: 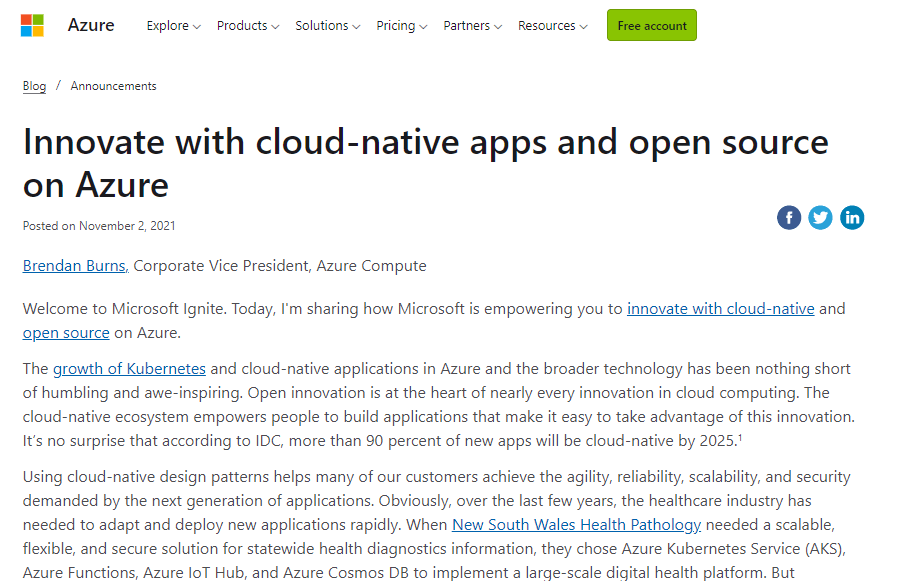 Another new thing you can do is run apps that depend on Azure Active Directory with Gmsa (group Managed Services Accounts) without domain joining the container host. Windows Containers support Microsoft Distributed Transaction Control (MSDTC) and Microsoft Message Queuing (MSMQ) with the new Windows Server 2022.

Aside from platform enhancements, Windows Admin Center has been enhanced to enable containerizing .NET programs easier. You can host the containerized application on Azure Container Registry and subsequently deploy it to other Azure services, such as Azure Kubernetes Service.

Keeping Up With The Times

We all know that all things come to an end after a while. The difference is that the end comes at the speed of light where technology is concerned. Once new and shiny, features became obsolete in the blink of an eye.

Some of the features that were cut are the following:

However, fear not, as there new and improved replacements for these features available on Windows Server 2022 at no extra expense! 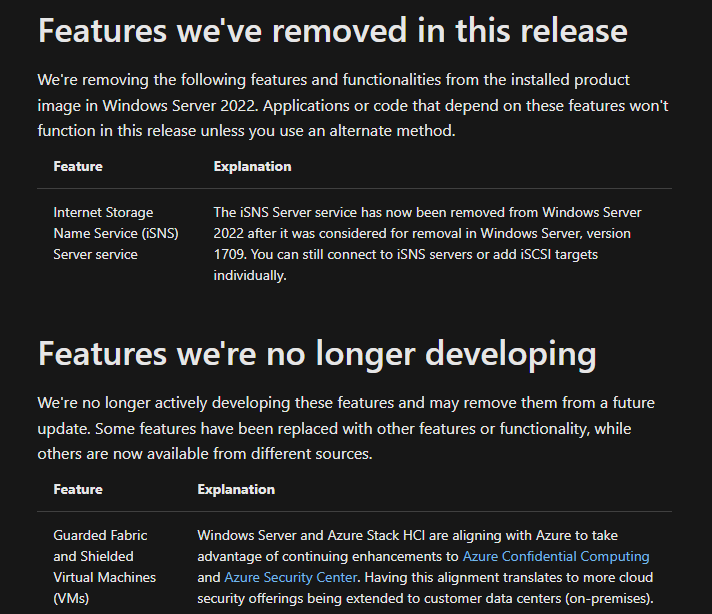 The new Windows Server 2022 can be installed in two ways:

You can choose between the two options and pick the one that best caters to your specific needs.

What You Need For The New Upgrade

Now, let’s see what your devices need to have in order to install the new Windows Server 2022 in terms of hardware.

Feature Comparison Between Windows Server 2019 And 2022

Is The Upgrade Worth It?

The new Windows Server 2022 is, in my opinion, definitely worth the upgrade. Everyone likes to be safe and secure. And seeing as the latest upgrade offers numerous additional security features, upgrading could only benefit those who choose to do it.

Windows Server 2022 is especially beneficial for businesses. It enables them to manage their business with a more secure infrastructure, integrates their current virtual environment into the hybrid cloud models, and allows them to repurpose their applications to be better at handling growth.

Your search to the best windows hosting can end by clicking here.

5.0 409 reviews
4.7 534 reviews
4.9 109 reviews
HostAdvice.com provides professional web hosting reviews fully independent of any other entity. Our reviews are unbiased, honest, and apply the same evaluation standards to all those reviewed. While monetary compensation is received from a few of the companies listed on this site, compensation of services and products have no influence on the direction or conclusions of our reviews. Nor does the compensation influence our rankings for certain host companies. This compensation covers account purchasing costs, testing costs and royalties paid to reviewers.