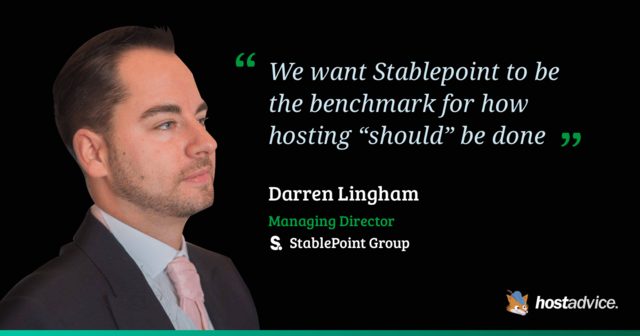 HostAdvice: Hi Darren, tell us a bit about StablePoint

We came up with the idea for Stablepoint just over 6 months ago. We saw an opportunity to create a ‘simplified’ hosting service – great customer support and reliable servers at a fair price, without the endless addons and upsells that seem to have become commonplace in the industry. We wanted to do things differently, and so far, people seem to be appreciating that approach. 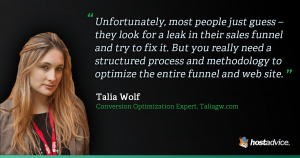 Many people claim to be experts, but those are often just sell-proclaimed descriptions. Talia Wolf’s bio claims that she is a Conversion Optimization Expert – but that assertion is backed up by people in the industry.  In 2015, she was rated in an annual survey as one of the top 25 most influential conversion rate optimization experts. Just the other day I noticed that she was also included in a 2016 list of top ecommerce experts.  After speaking with Talia on the phone for a while, it became clear to me that those titles are well-deserved. She not only possesses great expertise, but she is able to clearly share her expertise and knowledge with others.

5.0 409 reviews
4.7 534 reviews
4.9 109 reviews
HostAdvice.com provides professional web hosting reviews fully independent of any other entity. Our reviews are unbiased, honest, and apply the same evaluation standards to all those reviewed. While monetary compensation is received from a few of the companies listed on this site, compensation of services and products have no influence on the direction or conclusions of our reviews. Nor does the compensation influence our rankings for certain host companies. This compensation covers account purchasing costs, testing costs and royalties paid to reviewers.